for PRE-ORDER click HERE. All PRE-ORDERS must be done online.

The Most Common Mistake: Thinking that Eating Less is Better to Lose Weight

The Most Common Mistake: Thinking that Eating Less is Better to Lose Weight 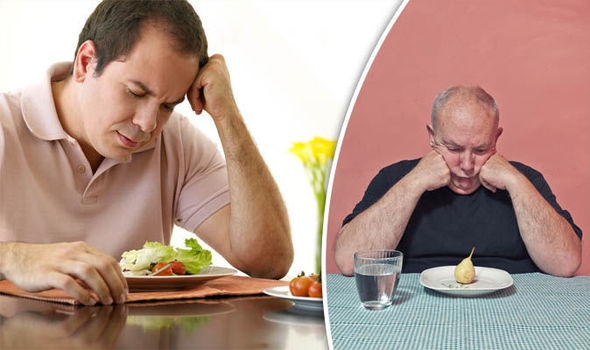 When people think of a diet they think of pain, hunger and food deprivation. At ﬁrst, most dieters reduce their food intake dramatically and see that in the ﬁrst week they lose as much as 10 pounds of weight. They say: “Great! In order to lose more weight, I need to eat less.” After a few weeks, they notice that they are not losing as fast as they had hoped. Frustrated, they start to starve themselves even more. Before we continue, let's stop right here and explain what is going on inside the body.

In the ﬁrst week the person will lose weight as the metabolism gets shocked by the decreased food intake. However, most of the weight lost is derived from water with only 3-4 pounds coming from fat. The second week the body, still not adjusted to the shock, continues to lose weight (though not as fast as the ﬁrst week). By the third week the body begins to take counter measures in order to adjust to the lowered caloric intake. Think about it; what do you do when your light bill goes up? You probably begin to save electricity in order to save money. The body naturally reacts just like you consciously would. When it sees that its metabolic costs are too high (in other words, losing fat because the metabolism is too high) then it decides to save energy and lowers your metabolism in an attempt to keep the fat on. Therefore, the person experiences a slow down in weight loss or just comes to a standstill. The way you save electricity is by turning energy hungry appliances off, right? The way your body saves energy is by losing muscle, because muscle is the most expensive tissue to maintain.

So by looking at the scenario above, let’s see what may happen to someone (we'll call him Joe) who is determined to lose weight but does not know how to go about doing so.  As Joe notices that his weight loss comes to a sudden halt, he decides to reduce his caloric intake further. For the ﬁrst few weeks this in fact works, but afterwards the weight loss comes to a standstill again. After a few cycles of the same thing, Joe continues to spiral downward. At this point most people (99%) just forget about the diet and start eating everything in sight. They gain back all of the weight and then some (remember it will be easier for them to gain weight now because they lowered their metabolism by using the wrong dieting practices). However, there is a very determined 1% of dieters who will not give up.

These people continue the cycle described above. They begin to look pale, and feel cold. They are hungry all the time but deny it. Sometimes they go without food or water for the whole day. They look at themselves in the mirror and they still see themselves fat, even though everyone tells them that they are already skinny (very skinny). They are afraid to drink water because they think water will make them gain weight. This terrible condition is called anorexia. Despite what most people think, this condition is not one that only affects women.

People with this condition are not totally crazy in seeing themselves as fat. Even though they look very skinny in clothes, if you take their fat percentage you will probably see that it is around 20-30 percent. The reason for this is because the body has shed plenty of its muscle tissue, but maintained as much fat as possible. Initially, anorexics usually create a goal consisting of a completely different physique, one that is toned, hard and ﬁrm. In the hopes of attaining this physique they continue on their downward spiral. However, they never seem to achieve what they originally hoped for, so they decide that the best thing to do is eat fewer calories. See how the cycle is created?

The only cure for conditions such as this one is education. We remember that when we used to be overweight everybody used to tease us, poke fun at us and tell us to “just stop eating!” People treated us as if we were diseased. Therefore, we decided to take action and started doing what people told us to: We stopped eating!  However, the only solution for losing weight (fat) and keeping it off while at the same time building a lean and hard physique is eating the correct combinations of food, along with doing weight training and aerobic exercise. So please, never fall into the trap of thinking that eating less will get you good results!

Tags:
Posted in Common Myths and Misconceptions By

You have no items to compare.

You have no items in your shopping cart.