Principles of Strength Training and Bodybuilding

PRINCIPLES OF STRENGTH TRAINING AND BODYBUILDING 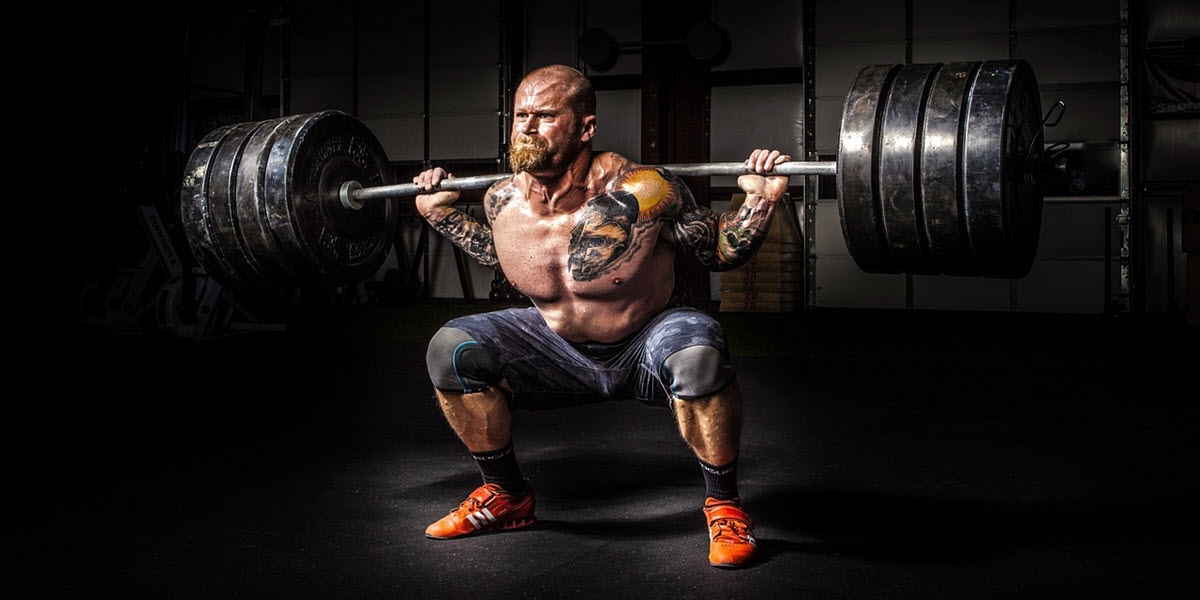 Training is a complex activity governed by principles and methodological guidelines designed to help athletes achieve the greatest possible muscle size and definition. The principles of training explained here are very important training guidelines that must be considered at the start of an organized training program.

Bodybuilding and strength training are highly demanding activities that require hour after hour of dedicated training. The pressure of continually increasing training volume and intensity, along with the repetitive nature of weightlifting, can easily lead to boredom, which may become an obstacle to motivation and success. The best medicine for monotonous training is variety. To add variety, you must be familiar with training methods and periodization planning, and be comfortable with a multitude of different exercises for each muscle group. Variety in training improves psychological well-being as well as training response. The following suggestions will help you add variety to your training.

Rarely do two people come to training with exactly the same history and agenda. Everyone is different in genetics, athletic background, eating habits, metabolism, training desire, and adaptation potential. Strength athletes and bodybuilders, regardless of their level of development, must have individualized training programs. Too often, entry-level athletes are seduced into following the training programs of advanced athletes. The advice given by these seasoned athletes is inappropriate for novices, no matter how well-intentioned. Beginners, whose muscles, ligaments, and tendons are unaccustomed to the stresses of serious weight training, require a longer period of adjustment, or adaptation, in order to avoid injury. Often the following factors influence a person's work capacity:

The theory of progressive load increments in strength training has been known and employed since ancient times. According to Greek mythology, the first person to apply the theory was Milo of Croton, who was a pupil of the famous mathematician Pythagoras (C. 580-500 BC) and an Olympic wrestling champion. In his teen years, Milo decided to become the strongest man in the world and embarked on this mission by lifting and carrying a calf every day. As the calf grew and became heavier, Milo became stronger. Finally, when the calf had developed into a full-grown bull, Milo, thanks to a long-term progression, was able to lift the bull and was indeed the strongest man on earth. Improvements in muscle size, tone, and definition are a direct result of the amount and quality of training performed over a long period of time. From the entry level right up to the Mr. or Ms. Olympia level, the training workload must increase gradually, in accordance with each person's physiological and psychological abilities, if gains in muscle size, tone, and definition are to continue.

The most effective technique for load patterning is the step-loading principle because it fulfills the physiological and psychological requirements that increased training load must be followed by a period of unloading. The unloading phase is a key element that allows the body to adapt to the new, more intense stressors and regenerate itself in preparation for yet another load increase. Since everyone responds differently to stress, each athlete must plan a loading schedule that fits his specific needs and rate of adaptation. For instance, if the load is increased too abruptly it may exceed the body's adaptation capacity, disrupting the physiological balance of the overload-to-adaptation cycle. Once this disruption occurs, adaptation will be less than optimal, and injuries might occur.

The step-type approach involves the repetition of a microcycle, or a week of training, in which the resistance is increased over several steps, followed by an unloading step to ensure recuperation.  Note that each step represents more than one single workout, which means the workload is not increased at every training session. One workout provides insufficient stimulus to produce marked changes in the body. Such adaptation occurs only after repeated exposure to the same training loads. In figure1.

Note, that each step represents 1 week, each Vertical line indicates a change in load and each horizontal line represents the week over which you use and adapt to that load. The percentages indicated above each step are the suggested percentages of maximum. You can see the progression for the first 3 weeks, as well as the decrease for the unloading phase in the 4th week. Let's look at how your body responds to the step-loading approach. On Monday, for example, you begin a microcycle (a new step) by increasing the workload. After Monday's workout, your body is in a state of fatigue - a physiological crisis because it is unaccustomed to such stress. When the same level continues, your body will probably be comfortable with the load by Wednesday and adapt to it in the following 2 days. By Friday, you should feel really good and capable of lifting even heavier loads. After the crisis of fatigue comes a phase of adaptation, which in turn is followed by a physiological rebound, or improvement. By the next Monday, you should feel physically and mentally comfortable, which indicates that it is time to challenge the level of adaptation once more.

Each step of the microcycle brings improvements until you reach the unloading (regeneration) phase (step 4). This phase gives your body the time it needs to replenish its energy stores, restore a psychological balance, and rid itself of the fatigue that has accumulated over the preceding 3 weeks. The fourth step in this example becomes the new lowest step for another phase of load increments. Figure 2 illustrates how microcycles (steps) fit into the context of a longer training cycle, where the goal is to build muscle size.

Figure 2 An example of how to structure training loads over a longer period of time.

Although the load increments may seem small, remember that because you are getting stronger your maximum weight Values are increasing, which means your percentages of maximum are increasing as well. For example, the first time you reached the high step of 80 percent, your 80-percent-of-maximum Weight for a specific exercise may have been 120 pounds (55 kg). Three weeks later, because of your adaptation and strength gains, your 80 percent may have increased to 130 pounds (60 kg). Consequently, you use progressively heavier loads over the long term, despite the fact that your percentages of maximum remain the same.

Tags:
Posted in Strength training By

You have no items to compare.

You have no items in your shopping cart.